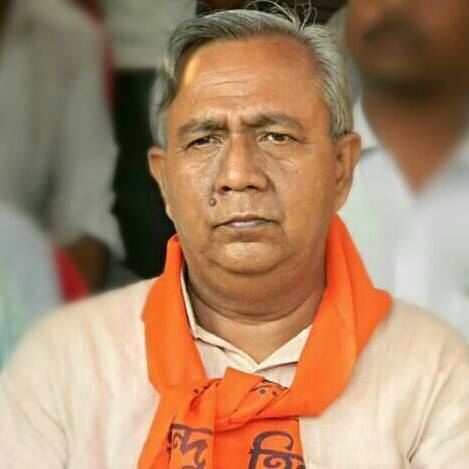 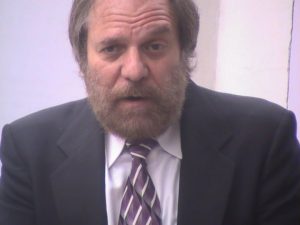 Dr. Richard L. Benkin, being a globally renowned journalist as well as human rights activist, has always been vocal against all grievous odds and a part of his this quest he had come to know of the harrowing experiences of Bengali Hindus,  witnessing an existential threat now, and Hindus in Bangladesh in particular. To intensify the protestation against injustice and Islamist menace and to strive for rightness, he has visited Bangladesh as well as the Indian state of West Bengal at times. As part of this inhuman struggle, amiability took place between the two gallant fighters, Dr. Benkin and Sri Tapan Ghosh alias Tapanda.

Dr. Richard L. Benkin is also the author of a number of highly famed books including “A Quiet Case of Ethnic Cleansing: the Murder of Bangladesh’s Hindus” and “What is Moderate Islam”…essential for soul searching.

Now, the unfortunate demise of Tapanda has left him in an untold sadness. He has condoled the untimely departure of Tapanda in the following lines.

I had been fighting the ethnic cleansing of Hindus in East Bengal for about four years when I began to hear things about anti-Hindu persecution in West Bengal. As someone relatively new to South Asia, this surprised me, even shocked me because I expected that India and all its states would protect Hindus; but that was not what I was hearing. Then came the terrible anti-Hindu actions in Deganga, in North 24 Parganas, and neither the West Bengal government nor the Congress government in New Delhi did anything about it. Victims were left on their own, and the attackers were allowed to do their worst with impunity. 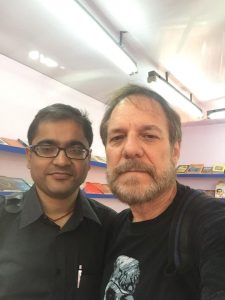 I was shocked and horrified. If Hindus were being victimized in India, something was terribly wrong. But I needed to check this out for myself. So, I contacted Animitra Chakraborty, who I had met previously when, as part of the Hindu Youth Forum, he and a few others presented me with data and good insight. His response was clear and immediate: he was now working with Tapan Ghosh, who was the best person to accompany us to Deganga. He told me how Tapanda rejected most of the things we make room for in our lives in order to devote his entire life and being to saving Bengal’s Hindus. That impressed me.

So, I made my way to Kolkata and met with the two of them. He was right about Tapanda. The man was single-minded in his focus on what was happening to Hindus, and more importantly, he was not going to stop fighting for justice. And so they took me to Deganga where I saw the charred remnants of destroyed homes, shops, and Temples; where I met with Hindu victims of what were called the “Deganga riots.” And because of the insight I gained on this mission, I stopped calling them “riots,” which could mean a lot of things. Because of these two men, I realized that what happened in Deganga was really a pogrom—an organized attack on an entire community with government involvement or tacit approval. 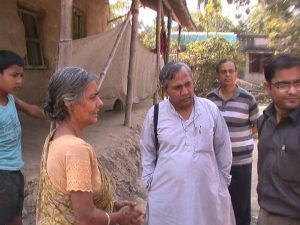 After that, I recognized that the fates of Hinduism in East and West Bengal were inextricably intertwined. You can’t stop oppression in one while ignoring it in the other. Preventing the ultimate extinction of Hinduism in all of Bengal requires vigilance throughout all of Bengal.

That was back in the Left Front days and not too long before TMC took over; but that party did not just take political control. It also took control of a system that supported the ethnic cleansing of Hindus, unfettered illegal immigration, and the attempt to do away with meaningful borders. Many people thought that replacing the Left Front with TMC would put an end to this anti-Hindu communalism, but Tapanda knew better.

I hope I was able to add my modest voice to his, calling out anti-Hindu actions in West Bengal, visiting with their victims, spending time on the roads and in different locales, and addressing his huge gatherings. Thank you for all of that, Tapan Ghosh.

Tapanda also gained many friends by becoming Bengal’s premier voice supporting Israel, which included some of the largest pro-Israel rallies ever. His work served to emphasize how Jews and Hindus both have faced and survived continual genocidal efforts for over two millennia. May our two peoples always be friends and mutual supporters.

Many of us in both the Jewish and Hindu diasporas here in the United States mourn with you, as we recognize what we have lost with the passing of Tapan Ghosh—and how much work all of us still have to do to honor his legacy.