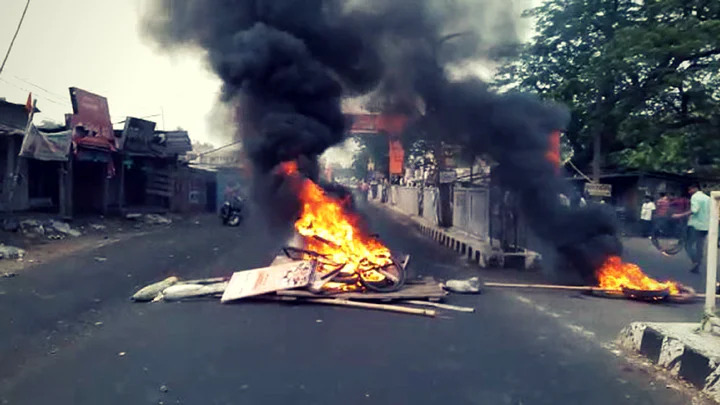 In general, riots can be discerned in two broad categories – recurrent and occasional. While communal conflagration happens to be a regular feature in several riot prone areas across India, it’s quite occasional in the city of Kolkata along with several parts of the Indian state of West Bengal. Nevertheless, it must be stated at the same time, the occurrence, it seems, is trying to be rampant nowadays, unlike the past but yet to be termed as recurrent. What has taken place at Mominpore of late in Kolkata might horrify any sane individual. And after going through the entire report in rapt attention he/she might ponder whether communal inferno has returned to the state once more?

What has taken place in reality? According to sources, on October 9, Hindus inhabiting Mominpore were grievously attacked by Islamists, while the entire area was quite busy with Eid-Milad-un-Nabi celebrations. What did spark the outrage? Locals do admit, the Durga Puja pandal, organized by the Harijan Durgosave Committee (group of Hindu Dalits), was assailed with unspeakable hatred. Reasons? The Puja Committee was asked to dismantle the pandal ahead of the Prophet’s birth anniversary. But the pandal was having the Holy Deity of Goddess Laxmi and that’s why Hindus stated clearly that all would be done when the customary Puja would get over. Hindu defiance proved to be too grave for Islamists to tolerate and what followed next, was nothing less than sheer barbarism. To many, it was premeditated and no sudden affair. Well, to many other witnesses (on condition of anonymity), weapons and Islamists are synonymous and hence, they do enjoy hushed endorsement of the local administration as well.