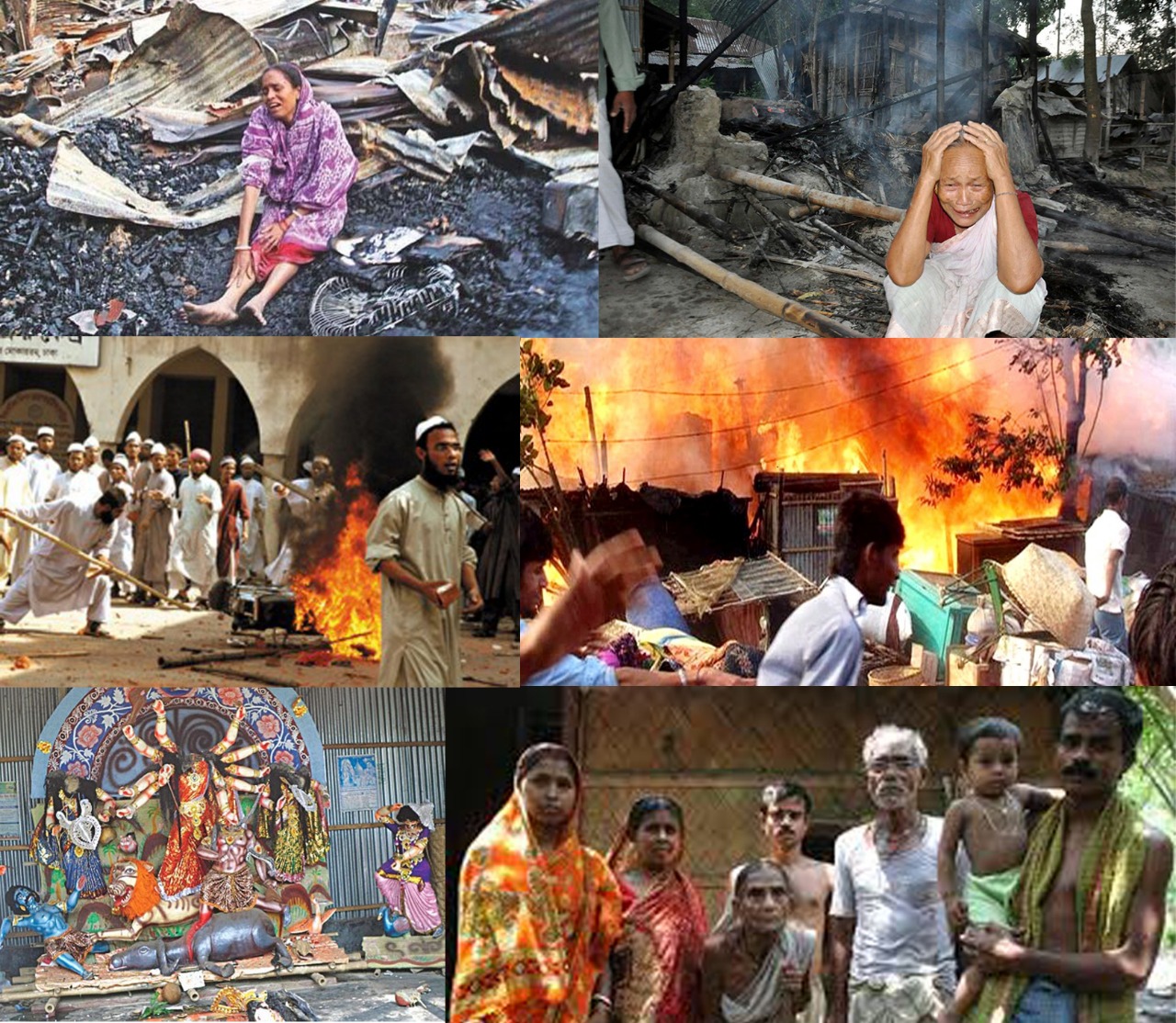 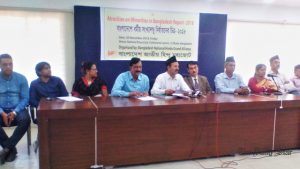 It must be stated at the very beginning that this is not all. According to researchers, statistics here have been collected through newspaper reports and sources. Unfortunately, it is not safe even to traverse Islamic Bangladesh to collect reports or even inquire of FIRs lodged in police stations. Well, how many Hindus in Bangladesh do gather the courage to move to the nearest police station to register official complaints is also a subject of investigation. No doubt, Hindu lot in the neighboring Bangladesh is doomed easing the journey for the entire country to be the largest homogenous state worldwide before long.  Are you comfortable with the word ‘homogenous’? It does mean all of the same or similar kind or nature and it includes similar faith, language, custom and also food habit.

বাংলাদেশ জাতীয় হিন্দু মহাজোট/ Bangladesh National Hindu Confederacy/Grand Alliance has come out with a Annual Report of minority persecution including of Hindus in Bangladesh. It was published at Dhaka Reporters’ Unity at Dhaka, the capital city of Bangladesh on Friday dated 06/01/2023 i.e. yesterday.

849 people have received death threats, 424 people have suffered attempts to murder, while 360 have been wounded severely. 27 crores 46 lakhs and 33 thousands of Taka (Bangladeshi currency) have been looted from Bangladeshi minorities.

In the last one year, 89, 990 acres of lands belonging to minority people have been seized forcibly. 572 minority families have been evicted from their own ancestral lands while 445 families have been forced/compelled to move out of their own country or Bangladesh. Minorities have suffered a loss of an amount of 220 crores 89 lakh taka (Bangladeshi currency).